THE BALD GUY BEHIND THE CAMERA 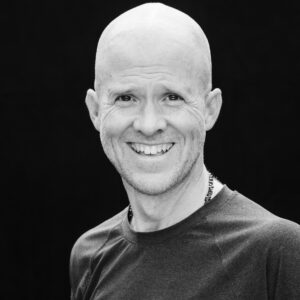 “Wow! That was fun!” is why Matt’s still in the business—especially when it comes from someone who was just saying how much they hate having their picture taken.

With his ability to connect, natural curiosity, and passion for learning, Matt creates images and film as distinctive as they are authentic. His versatility translates into compelling images, whatever their subject, and from executive portraits to brand videos and corporate lifestyle, he brings everything to every shoot, capturing powerful, dynamic images in a flash, and revealing something new about each and every subject.

Originally from Wisconsin, Matt has lived in 14 cities. But the Chicago area became his home in 1997, after five years at Eastman Kodak Company, when he founded DeltaQuest Imaging, the country’s first all-digital portrait lab. DeltaQuest became a leader in the field of color management and print for some of the most talented portrait photographers in the country. While running the lab and photographing his young kids, however, he was convinced to start photographing children professionally, and in 2007, Inspired Impressions was born.

Since then, he’s sold the lab and continued photographing kids with his unique, lifestyle technique. He’s also leveraged his broad photographic knowledge, acquired over nearly 25 years, and, with the freedom, photographed all sorts of assignments. For example, despite his primary focus on executive portraiture and corporate lifestyle photography, you can find five of his Wrigley Field shots in the MLB retrospective “A Century of Wrigley Field,” and the corporate headquarters of Sloan Valve is a veritable gallery of his industrial fine art work.

When he’s not taking pictures, you can find him practicing yoga, expanding his consciousness, or watching his amazing daughters grow too fast.